so i watched (most) of the grammys last night... cuz i'm lazy and like to fast forward through the stuff i don't like... but here's my recap anyhow... coming at you in some random order in which my brain operates...


but what do the freakshow outfits have to do with never getting back together, t-swizzle?

can we just take a moment to appreciate the beauty that is adam levine?  and also alicia keys??


and JT... that old school vibe on suit and tie was bitchin'!  and that other new song?  i want you it now.


johnny depp... wtf, man??  the long scraggly hair, the oompa loompa tan, NOT digging it... i like a clean cut JD... def switching my affections to adam levine... and/or justin timberlake... for now...


and now welcome to the stage, katy perry's boobs! (not a dig... those sweater puppies looked amazing!)


the dream... you know when people on comedy shows mock rappers?  you're why.


oh, and one last thing, can someone please get ll cool j some chapstick??

note:  i own zero of the photos posted here, because obviously i was nowhere near the grammys.  i borrowed every single one from searching for "grammys 2013" on google images... and credited each photo where i found it... if i borrowed your photo and didn't credit it properly, please let me know... this blog doesn't solicit or make any profit... it is just for fun... so i'm not making any money off anybody's pics... or even my own pics, for that matter :)
Posted by Unknown at 10:13 PM 1 comment: 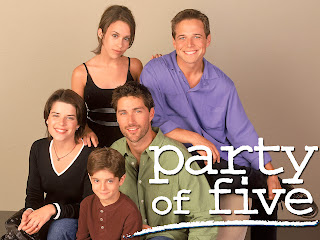 k... one sec... i just finished watching the series finale and i'm a bit verklempt...  and with no tissues handy... guess that's what sweatshirt sleeves are for...

oh, don't go getting all judgey on me (or do... it's not like i care anyhow :)  i loved this show when it was on in the 90s and i have recently rediscovered it (thanks xfinity streampix) and have managed to waste somewhere in the neighborhood of 104 hours reliving all six seasons... clearly, i need a life.

this show is mostly filled with angst and drama and more angst and i think pretty much started the careers of:

matthew fox (you probs know him from lost)
scott wolf (you might know him from a couple of short-lived series, the nine and v, and a few-season role on everwood)
neve campbell (the scream movies... and wild things)
lacey chabert ("and none for gretchen wieners"  and a TON of voice roles like eliza thornberry and meg griffin in some of the more recent episodes [sorry to burst any of your mila kunis bubbles with that one])
jennifer love hewitt (her rack... and other stuff...)

and then, like any good nighttime drama, there were many a guest star... who may or may not have been stars then... but these ones had/have some presence after party of five:

jeremy london
james marsden (he played the part in the first season that jeremy london played in seasons 2 through 6)
ben savage
adam from parenthood
carrol o'connor
that other guy from white collar who's not matt bomer
willie garson (also from white collar - mozzie)
moon zappa
the kid from sleepless in seattle
daniel dae kim (foresight to lost maybe?)
john slattery (desperate housewives, mad men)
maggie lawson (that detective chick from psych)
the mom  from home improvement
kevin from american pie
and the shortest possible role (although it had a few lines) in the series finale, cam from modern family (that one caught me off guard the most!)

these are the ones i can remember off the top of my head... i'd either have to research every episode online or spend another 104 hours to get you an exhaustive list... and i'm just not gonna do that... i'm gonna go curl up on the couch and watch movies all night... cuz i'm productive like that.

oh, and this show probably made the bodeans kinda famous... everybody wants to be closer to free...
Posted by Unknown at 4:28 PM 2 comments:

truth be told, 2012 did not start off great... the passing of my father on jan 5, 2012 was simultaneously difficult and, in a way, a blessing... meaning, he had been suffering, and in his opinion, not really living, given all the pain and restrictions of being riddled with cancer... so, while sad, it was hard to not be glad that he wasn't suffering anymore...

still... with the first anniversary of his death bearing down upon me, i can't help but be sad sometimes... i have tried to be extra-positive this holiday season and really enjoy it, and really be there for my kids, who last year, spent a lot of time alone while i was taking care of my dad... and i can honestly say that i have truly enjoyed THIS holiday season... 2012  has had its ups and downs, for sure... but i'm ready to bring on the new year!

so, for 2013, i have compiled a list of goals? tasks??  i don't know what to call them... from experience, i know that calling them "resolutions" has no effect on me whatsoever... here's the list...

eat healthier
exercise more
get my new blog going (details coming soon!)
get my budget in order
plan for some BIG changes coming in 2013
watch my kids become adults, graduate high school, and start college and their grown-up lives
smile more
stop hating pictures of myself
tone down the sarcasm (who am i kidding... :)
say no when i need to
make new friends (something i've started to do in 2012 and am loving!)
meet johnny depp (what?)
get over this shy, wallflower thing i've been doing my whole life 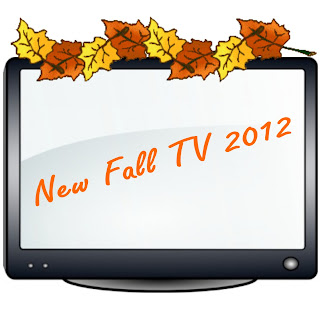 hey... has anybody else checked out any of the new fall tv shows this season?  yeah??  me too...

chicago fire - great balls of fire! this show is worth watching for the shirtless firemen alone, but, surprisingly enough is a pretty decent show story-wise, as well... it kinda makes me wanna buy a house in chicago... and set it on fire... of course, i'd wanna be trapped in the house, so kelly severide (taylor kinney) could save me... i'd probs need mouth-to-mouth...


go on - this is my favorite new fall sitcom this year... matthew perry's character is recovering from the death of his wife, which makes the "com" part of sitcom that much more tricky... but the wacky characters in his support group, combined with his own egotistical spirit, make a great combo for funny...

revolution - i've only watched two episodes of this... with subsequent episodes piling up on my dvr... but i love it... and everyone's pretty, cuz that matters... i saw a funny tweet by rainn wilson that referred to it as "when models have no electricity"... that's pretty damn accurate!  i have a feeling, though, that it may go the way of past dramadventure shows such as terra nova, life on mars, and off the map... canceled after one season... fingers crossed it doesn't...

homeland - yes, i know this isn't technically new THIS season, but it IS new to me... as i just discovered it and spent many hours getting through season one and every episode of season two over the last few weeks... i'm finding this show seriously addictive... especially season 2... and of course i'm now annoyed that i have to wait to watch it week to week... sundays take a long time to get here...

there's a few other new shows (arrow, beauty and the beast, and elementary) just piling up on my dvr that i hope i have time to watch sometime soon... i'll update this review accordingly once i decide if i like them or not :)

what new shows are you watching this season? 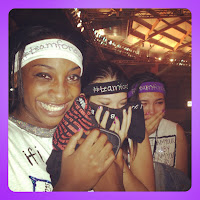 THE JUSTIN BIEBER CONCERT (here in our town)

this photo, taken right after the lights went up... right after his last song (Baby... for those wondering... the ending lyrics of which are "I'm gone....") right after he disappeared into a small square hole in the stage... this photo, represents exactly what was happening during the ENTIRE concert...

they pretty much cried through every single song... they could barely sing they were crying so much... except for that part in Boyfriend where he talks about "chillin' by the fire while we're eatin' fondue..."  they SCREAMED that part... and looked as if they were having seizures... the good kind of seizures... you know,  the kind of seizures one has when in the same room as Justin Bieber (even a GIANT room and you're SUPER far away from him.)

point is, they will all remember this forever... they will live to tell this story to their children... and grandchildren... this story about seeing Justin Bieber live and in person...

have you ever seen/met anyone that you were so excited to meet/see that you cried??

that will happen to me the day i meet Johnny Depp... seriously... cue the tears...